Everyone who’s done a working holiday in Australia knows about having to do the dreaded farm work to get a second-year visa. Those who have actually done the dreaded farm work probably still have nightmares about it, but unfortunately (or fortunately, depending on how you look at it!) we never got that far down the cabbage patch.

Fast forward six months into our year in Australia – our lease on our cute little Melbourne apartment was up in a few weeks and we were living a pretty chilled life down under; excellent pay, good brunches and lots of weekend exploring. We weren’t ready to go back to normality at home just yet, and definitely didn’t want to go back to doing long-distance dating, so going for a second year in Australia was pretty much always on the cards. We’d heard horror stories about bad pay, back-breaking work and evil employers – but we actually really looked forward to some challenging physical work; after all we’d been vegging out on the couch way too much! 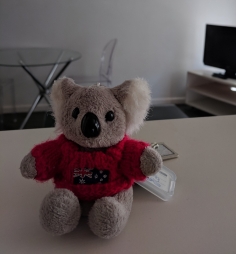 I had every intention of being a farm girl, I cut half my hair off, bought all the gear (sunhat, gloves, hi-vis) but had literally no idea. We had joined every ‘farm work’ specific Facebook group we could find, signed up to a bunch of job newsletters, downloaded the seasonal farm calendar from the government website and scoured all the limitations each of our visa’s had.  We even bought our beloved Sunny the Subaru specifically so we wouldn’t wind up in the middle of nowhere and have no means of travel in, out or around. We were ridiculously prepared; even in hindsight I genuinely don’t think we could have really done much differently to change the outcome. After our research, we deducted that due to some postcode limitations that Kenny’s 462 USA WHV had, we’d make the drive down the Great Ocean Road and into South Australia; ready for our farm work fun to begin! 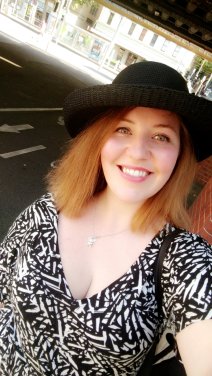 We’d been in contact with a few people on the harvest trail hotline who’d advised we were in luck and that there were not only jobs a plenty, but also lots more hiring over the next couple of months. We felt like we’d hit the jackpot! We drove the long, deserted road into Renmark; a little South Australian town known for grapes and citrus picking, and booked ourselves into a working hostel for a week, ready to see how we got on. “You won’t find anything here – everywhere’s either finishing up for the season or already at full capacity” – was pretty much the first thing we were told after being introduced to our new housemates. Although slightly dampening to our spirits – it didn’t knock us too much because we’d been assured multiple times that there was tons of work, all we needed to do was arrive. Annoyingly, that statement changed very fast upon arrival. We then were being told that some of the farms who ordinarily hired around this time of year, had already filled up, or were pushing their season back by a few months due to bad weather and poor crops. What felt like 84 thousand phone calls later, we were starting to realise Renmark wasn’t going to be fruitful for us afterall.

We managed to secure an induction on a strawberry farm down in the Adelaide Hills through Madec, so with Sunny the Subaru saving the day, we set off through the Riverland to the beautiful little wine region, geared up and berry excited. *Side note: I promise I’ll attempt to stop with the fruit puns at some point.* Our induction was 4 hours long but with proper organisation definitely could have been condensed to about 45minutes! Our induction was absolutely nothing to do with strawberries, but instead just signing countless paperwork and sitting around waiting for the trainer to get to grips with the job she’d supposedly been doing for the past year or so! It was mind-numbing to say the least, and on top of it all they didn’t even know when we’d be able to start picking – disorganisation at its finest. However, after 10 days and multiple follow up calls attempting to chase Madec, we were finally given a start time of 430am on a farm about a 10 minute drive from the lush AirBnB we’d been staying at.

The next morning Madec once again highlighted their ineptitude by getting everyone to meet in a random car park to sign even more paperwork in the pitch black early morning sky. It was then we found out we were being paid $3.50 for every tray of strawberries we picked – not ideal.  We were given an incorrect address of the actual farm, causing our group of 50 people to be at the side of a highway frantically calling Madec to find out what the hell was going on. Finally, we arrived, settling onto our little strawberry bike, excited even though we knew we’d only be making pittance for the trays we picked! 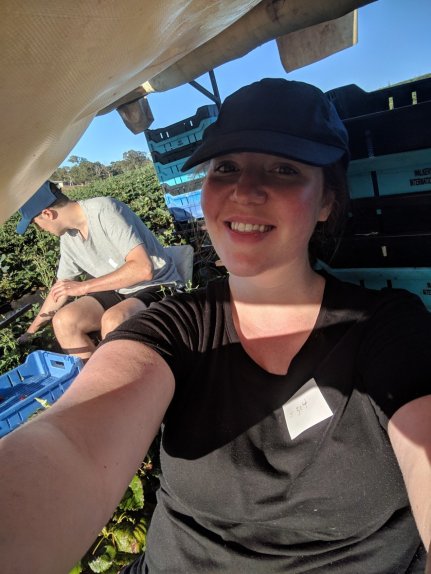 The farm work itself was actually a lot of fun, we rode row by row picking strawberries and flicking weird bugs that Google couldn’t seem to identify off of us. The sun, although it was an insane 40c out, actually wasn’t too bad because we had a little hood over our bike. They’d thought of everything it seemed! They told everyone to clock out at 1pm, we had only picked 14 trays each (not bad for a first day!) so knew we probably weren’t going to make more than $50 for a 5 hour day – deffo below minimum wage! Although we’d read a lot about the farm work and the countless rules that surrounded it – a lot of the info we were reading was pretty conflicting. One article tells you that if you work less than 7 hours you can’t count it as a full day, while another article tells you the total opposite. We’d frantically called around the government numbers also – but again, kept getting conflicting information.

We were back at our AirBNB, stressed out with no idea what to do or how to proceed. On the one hand, we’d spent the last month preparing for this and actually enjoyed the work more than we’d expected, but on the other hand we didn’t want to be spending the next 3-4 months working for hardly any money with no guarantee that we’d even hit the criteria for a second year visa after all the hassle we’d been through! It was exhausting – but thankfully our mountain top pool managed to chill us out for the rest of our long afternoon and little did we know that the next morning the decision for our future would be made for us!

We rocked up at the farm at 530am – just in time to catch a beaut sunrise, but unfortunately not fast enough to catch one of the field bikes. The full-time workers who weren’t in need of second year visas had tripled overnight – turns out they never actually needed second year visa workers for a few months they just needed cover for a few holidays that had been taken over the past few weeks. The whole thing felt like a massive scam, we’d wasted hours at the induction and weeks waiting for the work to begin – just for it to be a crappy 5-hour shift and the shittest payslip we’ve ever received?! We were fuming! The farm manager apologised to us all for the miscommunication and encouraged us all to come back later in the afternoon to do a shift in the packing shed instead but by then our patience and drive had run thin. We never bothered coming back for the supposed packing shed shift – later finding out from people at the working hostels that people had been turned away from that too. It was a joke and a total waste of time!

We didn’t want to jump back online and start hunting for more work for possibly the same thing to happen again – we were running out of time and didn’t want to spent our last 5/6 months in Australia stressed out with no clarity on future plans. We wanted to enjoy the country, tick everything off of our bucket lists and travel to everywhere we possibly could in our short time frame. We didn’t know what lay ahead but what we did know was that we were totally over the farm work, so as stressful as it was, we decided to come up with a new plan and fast! We had a look into where we could explore next – we couldn’t head into Queensland because there were crazy floods, didn’t wanna drive into Western Australia because then we’d be too far from everywhere else – so we decided to head East into Sydney, with the hope we’d get work and be more central for all of our travel plans! 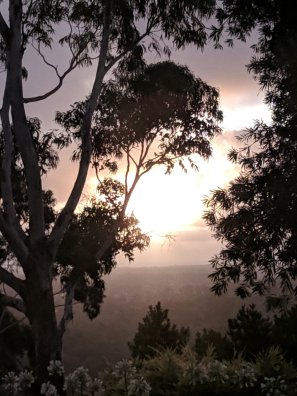 Overall, although I understand why the Australian government enforce the second-year visa rules – I just wish they were clearer and more encouraging. I hate the constant confusion from those supposedly in the know, I hate how many farms and farming agencies take advantage of desperate travelers trying to extend their time and I hate the uncertainty of not knowing if you’ll even make it to the finish line.  I would have loved to have been able to say I did my 88 days of farm work – it’s almost a rite of passage for working holiday makers in Australia! The camaraderie of knowing you’re all going through the same grueling process and the excitement of your pals getting granted their second year I’m sure is immeasurable, but it just wasn’t meant to be for us and thankfully the path we took instead was so much more exciting, proving that everything really does happen for a reason!