Some people match with the first family they speak to, for others, it takes a few interviews and a few families to put you on view before you can decide what you want. I was part of the latter, taking the time to carefully select a family – knowing it was going to be structuring the course of the next 12 months of my life! 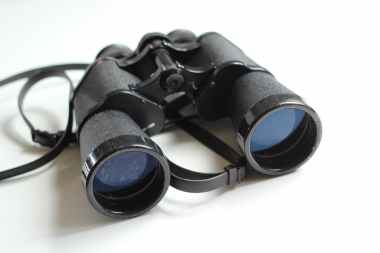 I first got put on view a few days after my profile first went live – I was so excited! It was for a single parent household, with one 10 year old girl in the centre of Manhattan – and I honestly felt like I had hit the jackpot! I called my mum, screaming with excitement that this was going to potentially be a family I was going to live with. I received a Skype interview request for an hour after matching with the family; which being that I was in the middle of my day at work, I was unable to accept, instead rescheduling for the following day. The mother seemed very understanding, accepting the rescheduled time eagerly. However, the following day came around, she hadn’t made any attempt to contact me at the time specified, ignored my Skype call and polite message sent to query whether she needed to reschedule. I was then taken off view and chucked back into the pool of applicants waiting to find a family without any form of explanation or interaction whatsoever! I was so disappointed and filled with nerves that this was going to happen every single time I matched with a potential family – thankfully it didn’t, but as a first experience it was definitely confusing and worrying to deal with!

The second family that put me on view were some absolutely lovely parents of teenage daughters in the middle of Virginia. We had an initial Skype interview and they were the nicest family you could have possibly hoped for! However, they lived in the middle of nowhere and being that the girls were almost 16, the work load was very light, which for some people would be a dream come true – for me, I wanted more of a challenge. They offered me a second interview, which after a lot of deliberation and indecisiveness; I declined. It was a really hard choice, because they did seem like a really nice family, with so many perks offered – such as a fully paid for personal car. But for me at the time, it just didn’t feel like a good fit in regards to what I wanted from this experience, so I decided to step aside and continue my search.

It was at this point, that my profile was put on hold from families viewing me on Interexchange’s online system. I was emailed by one of the company representatives basically insinuating that I was lucky I had even had a chance to be interviewed by the family, due to the fact I had only recently obtained my drivers license and that I should have continued with the second interview – or changed my profile to state I wasn’t happy caring for older children. This reinstates why I think Interexchange’s matching process is poor because I feel Au Pair’s are expected to jump at any family that shows an interest, while on the contrary, families can be as picky as they like – due to the amount of money they pay! Yes, I understand that the process is extremely expensive, but I felt that the agency should have realised that although we are not contributing financially, we are contributing an entire year of our lives, a huge salary decrease and leaving our entire family, friends and lives behind, so our decisions and feelings matter too! Thankfully, after explaining my reasons as to why I had declined the family, my profile was taken off hold, but it still made me feel even more pressured to settle with whichever family selected you.

The next two families that put me on hold were very similar to each other; both residing in California with 2 children under 5. Being that I had already stated I was only comfortable looking after older children, I messaged the families straight away requesting that they remove me from being on view due to my requested preferences and experience – which they did immediately. I was beginning to feel like I’d never find a family that fit my expectations, while silently kicking myself for not accepting a second interview with the family in Virginia. I hadn’t expected this part of the process to feel this intense, but I had vowed to myself that no matter how long it took, I didn’t want to just accept any family, out of sheer panic – I wanted to feel excited by my future as an Au Pair rather than nervous that I’d made the wrong choice!

It was then, that I finally got put on a view by a family that seemed absolutely perfect for me! It was a Jewish family residing in New Jersey, two young twins and a teenage boy, keen to interview straight away and hoping to have an Au Pair start at the beginning of the new school year. I had an amazing two interviews with the mother who was the friendliest person I’d ever spoken to! I also had an interview with the father – much more serious, but outlined the necessary expectations and criteria they wanted. After the 3 interviews they offered me the position as their Au Pair – which I excitedly accepted! My rollercoaster journey of matching with families had finally come to an end and I was almost ready to embark on my experience as an Au Pair in America!